Most of you know that marriages can be stressful at the best of time, so the added pressure that comes with having a baby is not easy. Some couples who are going through a rough time think that the answer to their problems is a baby: “a baby to save a marriage.” Unfortunately this decision is more likely to destroy such a marriage than to save it. One statistic to keep in mind is that the state of a marriage one year before the baby’s birth is the best predictor of the quality of parenting.

Change is always difficult and the arrival of this new person into a couple’s life is a dramatic one. You’re suddenly getting less sleep, more responsibilities and little if any socialising, so it is natural to be edgy and fatigued. Don’t feel guilty if you’re not basking in the joy of parenthood straight away. You’re suddenly faced with new problems and one of the bigger ones is that the husband suddenly starts to act like a spoilt child. This is usually because he feels he’s been pushed into second place. He goes from being ‘prince charming’ to the sperm that got you what you wanted: a baby.

Many women have no libido for up to a few months after they give birth (i.e. they don’t want to have sex). Their attention is also completely taken up by this new creature, if they’re not feeding it, changing it, or bathing then they’re worrying about when to next feed it, change it or bathe it. It is important to invest time in your relationship during this period because eventually the baby grows up and goes off, but the husband stays. Not only does the wife suddenly distance herself from her husband but she also distances him from the experience of having a baby.

Women go on about how they want men to share the responsibilities, but the minute the man starts to change a nappy or prepare a bottle, she is over his shoulder telling him everything he is doing wrong. (She experiences the same criticism if she attempts DIY). It is important to let him bond with his child in his own way otherwise he very quickly becomes discouraged and stops trying because he feels like he hasn’t been invited to the mummy-baby party.

Another problem couples face is in deciding whether the baby sleeps in their room or his own (this is a topic in itself that I will go into in another issue). Mothers often want the baby to sleep in the same room in case he/she needs anything but this takes away from the little time the couple have to spend together and this must be taken into consideration. It is important to realise the transition is not from couple to parents but from couple to family. Each member is important and you must all work hard to become one unit (the baby probably won’t contribute actively till later but that’s OK).

Photo by Elina Fairytale from Pexels

Your child and motivation 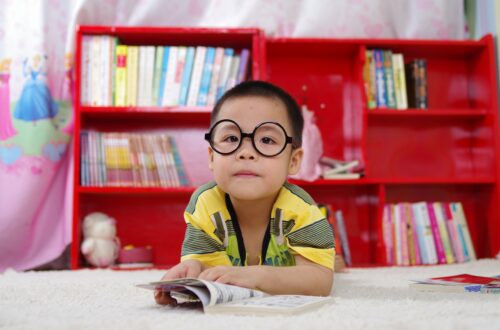 Help your child to succeed at school