I hate buying gifts, I really do. That is not because I am stingy or uncaring but I hate the fact that your whole relationship with someone can be determined by what you buy for them on a specific occasion, or what they mean to you is reflected in the gift. Someone said “Gift giving is an opportunity to express our feelings for someone we care for.” Yes… sure… but if I’ve had a busy week that does not mean I care about that person any less.

Just about anything can be a gift, but shopping for gifts is very different from shopping for yourself. Have you ever had the experience of watching someone open a gift from you and his/her face switch from excited anticipation to major disappointment? Or perhaps even puzzlement? Then you get the uncomfortable feeling that the gift says more about you than the recipient.

I love books for example. Every time a friend has a birthday or special occasion, I spend time and effort looking around for that perfect gift but always end up getting a book. Sure I try to get them a book relating to their special interest. I won’t get my dad a book on make up tips or my sister a book on the art of car maintenance but I do often resort to books. I love receiving them and assume (through a powerful yet unjustified ego trip) that everyone else would love the same as me.

When discussing my gift-giving problem to a friend who was unlikely to be offended by my distaste for the whole process, she passed on some very wise advice (which I still find hard to follow). According to her there is a well-known five step plan to gift giving:

Ok, so let’s analyse the five steps… one by one.

Remember dates. Well my memory is like that of an elephant… or is it an ant? I never remember which one is the one who forgets. I am the type of person who can forget my own name where it not for seeing it on some forms all the time. I forget other people’s names, I forget appointments unless they are written down somewhere, I forget where I parked my car very often and most of all I forget birthdays. Of course I could try one of those reminder systems via email which will give me a notice a week before the due date. The only problem is that once I’ve checked the notice the week before, I’ve forgotten it the day after… and come the birthday, I start my customary pre-birthday panic.

Plan ahead. Let me tell you about my “planning ahead” experience. Last year I decided to treat my best friend. There was a great airline deal going on and I happened to have some extra cash at the time. Her birthday was in February and so I was a good girl and planned ahead. In DECEMBER, when the airline deal was happening, I bought 2 tickets to Istanbul and decided to surprise my friend. I spoke to her boss at work (who happened to be a friend of mine) and got her the time off she needed. I booked a nice hotel next to the attractions which was also doing a special deal (February is a dead season in Istanbul so all these special deals were not a case of the universe conspiring to help me out). So I’d booked everything and all I needed to do was surprise my friend. About a month before her birthday though we had a massive fight and didn’t speak to each other. I disappointedly cancelled our flights, cancelled our hotel bookings and thought…. well there wasn’t much to think really.

About 3 days before her birthday, I called her up and told her that I thought this argument was lasting a little too long and we had to sort it out. So we went for a very lengthy coffee and sorted the whole thing. Great! I now had 3 days left for her birthday and hadn’t got her anything… so I started my customary pre-birthday panic.

Decide how much you want to spend: I find this a particularly tough one. I mean I’m not a believer of spending huge amounts of money on presents. Like I said, not because I’m stingy but I feel that by doing that, I automatically put the receiver in a position where they may feel they need to spend the same amount if not more, and I feel that’s not fair. Also, I’ll feel like the year after I need to get a little bit more, and then a little bit more than that the year after and so on. Unfortunately for me, not everyone shares my view so when I get someone a nice frame for their birthday, I feel they might be disappointed. So I sit there before my friends’ birthdays and philosophise on the merits of getting a small gift and end up with nothing a day before the birthday… and I start my customary pre-birthday panic.

Personalise the gift. No matter how hard I try, I can’t think of anyway to personalise a gift other than engraving a name or a message on them… a bit hard to do when you’ve bought a jumper though!

Think about the person’s personality. Well let’s take my jumper example for a minute. I once bought a friend of mine a really nice jumper for his birthday. I thought the jumper would suit him; I like the colour and the style. But that doesn’t have much to do with his personality really, does it? I mean I could have bought this jumper for most of my male friends, because it’s a nice jumper not because it reflects their personality. I mean, what would I be trying to say? “I think you’re very woolly” … or… “I think you’re a turtle neck?” … or maybe even “I think you’re wearable”…. I think not.

So we’re back to square one. For me, buying gifts remains one of the most complicated of life’s little duties. So I have decided that from now on I will resort to a no-gifts policy with my friends. I won’t get them gifts on their birthday and I won’t expect any back. That doesn’t mean that I can or should never have to buy them anything to show my appreciation for them as friends, or simply to show that I think of them, it’s just that I can’t seem to get the right gift on a deadline, and I don’t like shattering my friends expectations as a result. So I hope my friends will enjoy me taking them out for their birthday or inviting them to the opera or something equally special instead. I really hope that they will appreciate my gift of a pleasant memory as opposed to a material possession. And most of all… I hope I still have friends one year from now! 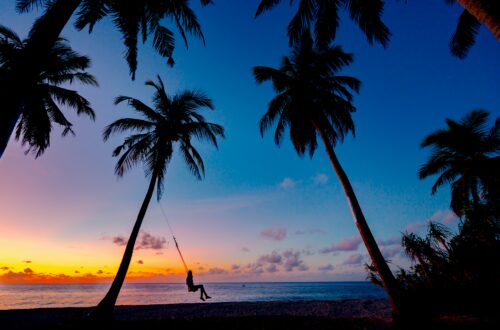 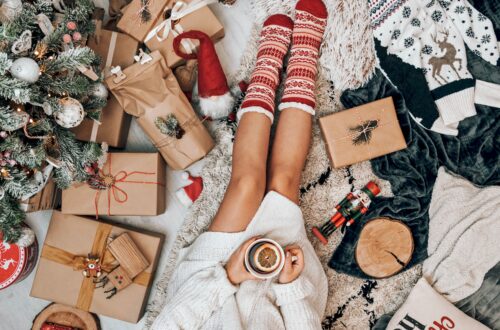